The Wallowa Lake Rural Fire Protection District will hold a budget committee meeting at 6:oo PM on May 23, 2016 at Glacier Grill, 72784 Marina Drive, Joseph, OR 97846. At this meeting, the budget committee will (1) receive the proposed budget for the fiscal year beginning July 1, 2016, (2) hear the budget message, and (3) take questions and comments from the public regarding the proposed budget.

Information about the District is available at wallowalakefire.blogspot.com. Questions? Contact Board Treasurer David Hurley at 541‐426‐2700.
Posted by Chuck Anderson at 2:22 PM No comments:

It was the first major fire in many months within the Wallowa Lake Rural Fire Protection District. Damage to the structure was extensive. The fire's cause is undetermined. 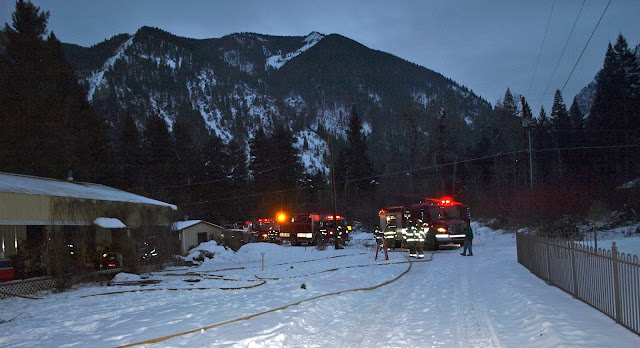 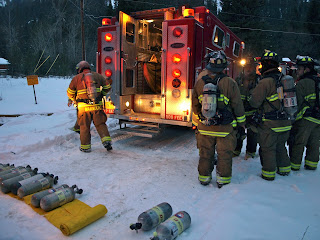 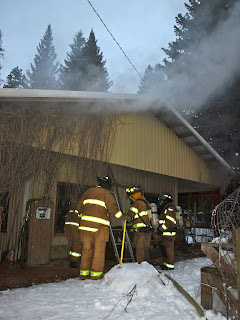 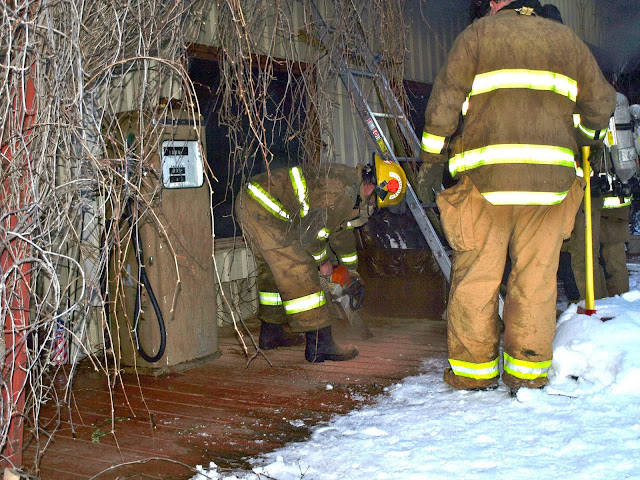 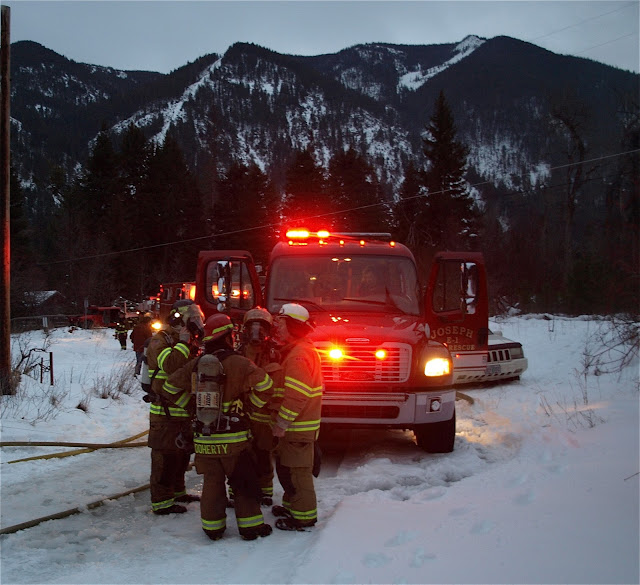 Posted by Chuck Anderson at 5:59 PM No comments:

Joseph firefighters have joined personnel from the Oregon Department of Forestry and U.S. Forest Service working to quell a wildfire that broke out Saturday, Aug. 21, in the Eagle Cap Wilderness four miles southwest of Joseph.

By Sunday, the blaze had grown to 200 acres and residents along Hurricane Creek Road had been warned to be ready to evacuate if necessary. It was at 250 acres by Tuesday.

Joseph's primary duty is to protect structures in the path of the fire.

Posted by Chuck Anderson at 2:36 PM No comments:

Firefighters from the U.S. Forest  Service and Oregon Department of Forestry have contained a wildfire in the Little Basin Creek area near Dug Bar Road in the Hells Canyon National Recreation Area.

The fire 10 miles north of Imnaha, first reported at 10:30 a.m. Monday, June 15, was estimated to cover 630 acres, according to the Forest Service.

Lower Imnaha Road has been reopened after being closed from Dug Bar Road to pavement's end at Fence Creek.

On the scene at fire's peak were 99 firefighters, including hotshot crews from La Grande and Union, six engine companies, three hand crews, three helicopter crews and an air tanker pilot.

Fire officials initially listed the fire as "human caused" and now report that it is under investigation.

Posted by Chuck Anderson at 3:56 PM No comments:

Responding with Wallowa County sheriff's deputies, Sheriff's Search and Rescue and Oregon State Police troopers, they discovered the body of a deceased Asotin, Wash., woman in an auto 500 feet down the embankment.

An OSP investigation indicated that the northbound car crossed the southbound lane, traveled off the shoulder and rolled into the canyon.

A medical helicopter landed nearby but was not needed.
Posted by Chuck Anderson at 7:42 AM No comments:

About the fire district

Wallowa Lake Rural Fire Protection District encompasses properties bordering and near Wallowa Lake in northeast Oregon. It includes the community at the south end ("head") of the lake, homes at the north end ("foot") of the lake and properties along the West Moraine including Lake Shore Road, Edgewater Drive and the Hays Lane area.

Fire protection and rescue services are provided through a contract with the City of Joseph and its volunteer fire department. Joseph provides a fire engine located at the lake fire station, 60000 Mt. Howard Lane. It is staffed by Joseph firefighters who live and/or work at the lake.

In case of an emergency, Joseph Fire Department responds from the lake fire station and from its station in Joseph. If necessary, additional aid will be provided by Enterprise and Wallowa fire departments, the Oregon Department of Forestry and the U.S. Forest Service.

Each winter, the high cost of home heating fuels and utilities causes many to search for alternate sources of home heating. Wood stoves, space heaters and fireplaces, however, are a major contributing factor in home fires.

Many of these fires can be prevented. You can prevent the loss of life and property resulting from heating fires by identifying potential hazards and following these safety tips:

All heaters need space. Keep anything that can burn at least three feet away from heating equipment.

Use heating equipment that has the label of a recognized testing laboratory.

Make sure all fuel-burning heating equipment is vented outdoors to avoid carbon monoxide poisoning.
Purchase only portable space heaters with an automatic shutoff so if they’re tipped over they turn off.

Allow wood stove and fireplace ashes to cool before disposing of them. Use a tightly covered metal container and keep it at least 10 feet away from your home.

How to prevent electrical fires

Electrical fires in homes claim the lives of 280 Americans each year. Many of these fires are caused by incorrectly installed wiring and overloaded circuits and extension cords.

Winter fires can be prevented. The following electrical fire safety tips can help you maintain a fire-safe home this winter season.

Replace any electrical tool if it causes even small electrical shocks, overheats, shorts out or emits smoke or sparks.

Keep clothes, curtains, and other combustible items at least three feet from all heaters.

If an appliance has a three-prong plug, use it only in a three-slot outlet. Never force it to fit into a two-slot outlet or extension cord.

Don't allow children to play with or around electrical appliances like space heaters, irons and hair dryers.

Shut off and replace light switches that are hot to the touch and lights that flicker.

For more information on electrical fire safety, log onto www.usfa.fema.gov/citizens/home_fire_prev/electrical.shtm.

Every year we look forward to summer vacations, camping, family reunions, picnics and the Fourth of July. Summertime, however, also brings injuries due to outdoor cooking and recreational fires. Annually, nearly 3,800 Americans are injured by gas or charcoal grill fires.

Summertime should be a time of fun and happy memories. Knowing a few fire safety tips and following safety instructions will help everyone have a safe summer.

Safety Tips for Grilling and Campfires

Position the grill well away from siding, deck railing, and out from under eaves and overhanging branches.

Keep children and pets from the grill area: declare a three-foot "safe zone" around the grill.

If you own a propane grill, check the cylinder hose for leaks before using it for the first time each year. Apply a light soap and water solution to the hose and bubbles will reveal any escaping propane.

In a fire pit, avoid using soft wood, such as pine or cedar that will likely pop and throw sparks. Seasoned hardwood is better.

Don’t build a campfire at a site in hazardous, dry conditions or if the campground, area or event rules prohibit campfires.